JR Media Sales’ Weekend Adventure Combo is a set of three young adult/all-family shows featuring outdoor adventure and spectacular wildlife footage, as well as in-depth looks at the problems and opportunities facing today’s young adults. These family- friendly shows air in over 85% US and attract a very broad audience: teens, men and women 18-49, 25-54 and 55+. 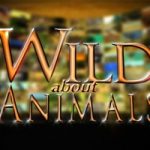 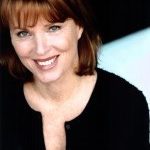 Wild About Animals spans the globe to bring viewers fascinating wildlife stories. Watch the march of the penguins in Antarctica, a spectacular safari in Africa, or an amazing visit to the Australian outback. Whether it’s the mysterious creatures of the ocean or a tale of the critters in own backyard, Wild About Animals offers the best in family programming. Hosted by Emmy-award winner Mariette Hartley

Awesome Adventures is an adventure/travel show that AA Nicole-awesome-adventures1-147x220takes viewers on incredible journeys all over the world – from ice-climbing on Icelandic glaciers to trekking alongside lava in Hawaii. Winner of numerous awards, and in 2013 was nominated for a Daytime Emmy for Outstanding Travel Series. Hosted by Nicole Dabney

Whaddyadoo is a half-hour series offering instruction on Whaddya Hamiltonhow to handle difficult and threatening real-life situations. Suppose you’re a teenager in a diner and a woman begins to choke on her food. What would you do? Whaddyadoo looks at stories like these, as well as fire rescues, animal attacks and everyday moral dilemmas in an entertaining and educational half-hour. Hosted by Christine Hamilton

Weekend Combo offers advertisers broad reach in a single buy.
Cleared in over 76% US