It’s a fact: more Americans hunt and fish than attend professional football, baseball, basketball and hockey games combined. Perhaps that’s why The Outdoorsman with Buck McNeely has grown to become the largest syndicated outdoor show on television. It’s carried by over 300 broadcast stations in the U.S. – many of which air it 2-3 times weekly-, plus many cable and satellite channels, as well as four international cable networks.

Join Buck every week as he takes the viewer on outdoor adventures in exotic locations in the U.S. and abroad – from Aberdeen, SD to Patagonia and Zimbabwe. While hunting for elusive and dangerous quarry like the Cape Buffalo, the Argentine Red Stag or the Pacific Brant waterfowl of Mexico, Buck offers important lessons in game management and conservation. Often he’ll be joined by celebrity friends like Jesse Ventura, Chuck Yeager and Ollie North, or teach his sons valuable hunting skills. It all adds up to an exciting half-hour. 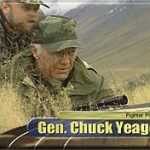 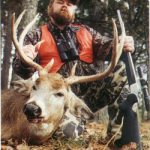 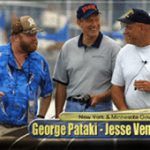