When Neil Armstrong walked on the Moon on July 20th, 1969, it was the culmination of a monumental saga filled with drama, danger and ingenuity.

In commemoration of the 50th anniversary of that epic achievement, THE APOLLO CHRONICLES presents this story as it has never been told before

THE APOLLO CHRONICLES  is a story about the people, the events, and the obstacles that comprised one of humanity’s greatest triumphs. To celebrate it, top stations across the country will air this 4-part miniseries around the actual anniversary, and will be promoting it heavily in view of its dramatic visuals and exceptional storytelling.

Participants, family members. Historians and other experts paint a rich portrait of the most fascinating – and often misunderstood – achievements in history. THE APOLLO CHRONICLES is far more than a science story…rather, it is a story about the people, the events, and the obstacles that comprised one of humanity’s greatest triumphs.

Hour 1: Into the Unknown –The fears and anxieties of the 1950s that gave birth to the Space Race. Reveals the tension, thrills, and exhilaration of man’s first bold steps into the unknown.

Hour 2: Perilous Steps – The Gemini Program is a crucial stepping stone on the path to the Moon, in which the tiniest glitch, miscalculation or innocent error can lead to disaster.

Hour 3: Failure and Fire – Despite the most heartbreaking loss suffered during the Apollo program, the men and women of NASA rally to send Apollo 8 on a breathtaking voyage into lunar orbit.

Hour 4: Hailed as Heroes – The Soviet Union launches a surprise bid to reach the Moon first. Unexpectedly, this develops into a moment of unprecedented international cooperation as man takes his first steps on the Moon. 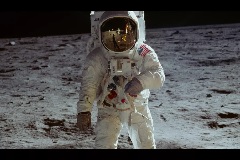 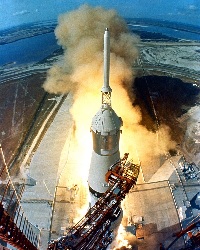